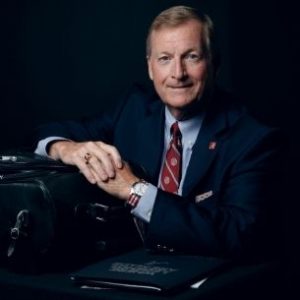 As director of development for Culverhouse College of Business, Keith Norton engages people across the country to raise funds for scholarships and other student-centered initiatives at UA. Every day, he makes it a priority to encourage someone in some way, and he was even recently recognized as one of UA’s “Everyday Champions.” He graduated from UA with a bachelor’s in Marketing in 1977, and with his campus connections and status, one might think he’s been a permanent fixture on campus since then. But the reality is much different: Keith’s journey back to the Capstone is full of twists, but paved with resilience and a dedication to hard work.

Keith’s first time as a student was as a baseball player for the Crimson Tide. Between athletics and keeping an active social life, he struggled academically in his undergraduate years. Thanks to some tough love from his father, his grades improved. “The summer between junior and senior year, he had me come home to take some classes with a 6:00 p.m. curfew! He wanted me to get through college. It was a long summer, and there was lots of headbutting – I was an arrogant baseball player. But had I not done that, I probably would not have finished at Alabama.”

Keith’s father was a first-generation student who placed a high value on education and who had a love for The University of Alabama, which he instilled in his son as well. “I graduated, but I had regrets. I always wondered what it would’ve been like if I had really tried,” Keith said.

After graduation, Keith landed a corporate job, and he thrived working for companies like Carnation/Nestle and Coca-Cola. In 1998, he started his own 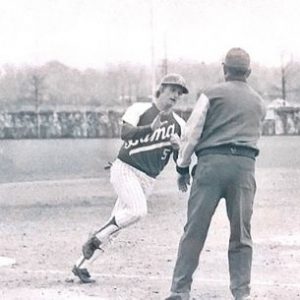 digital printing business, which saw great success for the first decade. Unfortunately, the financial crisis of 2009 hit him and his company hard. “I had to reinvent myself. I worked anything and everything. I was a jack of all trades during that time. My wife had mentioned that I should get a job working for UA, and I wanted to be around people something impactful, so that sounded good, but I thought, Who’s gonna hire an old guy?”

It turns out Keith’s wife knew exactly what was in his future. In November 2017, he began his role as director of development. “I developed a passion for UA, and I’ve found my dream job. I love it here. Mondays feel like Fridays to me.”

Once he was back on campus, it was only a matter of time before that old regret and curiosity about “what it would’ve been like if [he] had really tried” started calling again. And after his father passed away in 2018, he decided to look into the 100% online master’s in Marketing with a concentration in Digital and Social Media. “I talked to Buster Allaway, and he told me to do it. Dr. Rich Houston encouraged me that it would be different because I have a motivation now that I didn’t have back then. But I hesitated because I was worried about taking the GRE.” 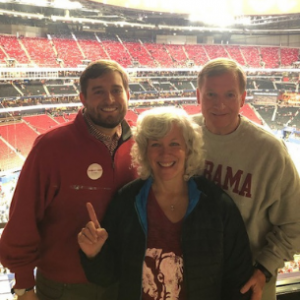 In 2020, when UA waived GRE requirements for nearly all graduate programs, Keith decided it was time to begin. “I made an A in the fall, and in the spring – another A. This summer I took two classes and earned two more. It’s hard to believe this baseball player has a 4.0 while working on a master’s degree at 66!”

The program’s coursework has helped him better understand the digital communication landscape, which is critical for him in fundraising during a pandemic. It’s also given him a better understanding and empathy for students. “This summer I took a class with Dr. Rob Morgan on international studies, and we Zoomed and had case studies all summer with people in India. There were lots of late nights due to the time difference, but I got to see firsthand a reverse innovation marketing project, investigating what we could develop and create there to help people. It has transformed my way of thinking,” he said.

Keith’s buddies often ask him “Why grad school?” and he gives them three reasons.

“First, my motivation is to honor my dad and his legacy. Second, I wanted to prove to myself I could do it. And third, it helps me relate to students because I’m in their shoes. I want to die on the hill of helping young people reach their dreams, and this online program has made that easy to do. I had to give up Netflix and some television, but it’s an amazing program.”

If all goes according to plan and Keith continues at his current pace, he should finish his master’s in 2023 – 50 years after his first class at UA in 1973.

“I would challenge everybody to always keep learning. You can do far more than you think you can.”